We are proud to support the East Anglian Air Ambulance.

The East Anglian Air Ambulance is a charity providing a life-saving air ambulance service across Norfolk, Suffolk, Cambridgeshire and Bedfordshire. Each year, its highly skilled medical crews help to save the lives of hundreds of people unfortunate enough to be caught up in accidents or medical emergencies across the region.

The Charity operates two aircraft, one is based at Norwich Airport and another based at Cambridge Airport. Since starting operations they have attended over 10,000 missions across the four counties, more frequently to the scene of serious road traffic collisions, which account for over 50% of callouts. They also assist regularly at the scene of equestrian, agricultural and industrial incidents and with medical emergencies, such as falls and strokes, particularly those taking place in remote or inaccessible locations.

The aircraft are operational 365 days a year and manned by highly trained emergency trained doctor/paramedic teams. The range of time-critical procedures they can perform at the incident site, enables them to offer a standard of emergency care to our often seriously injured patients, which is usually found only in a hospital. 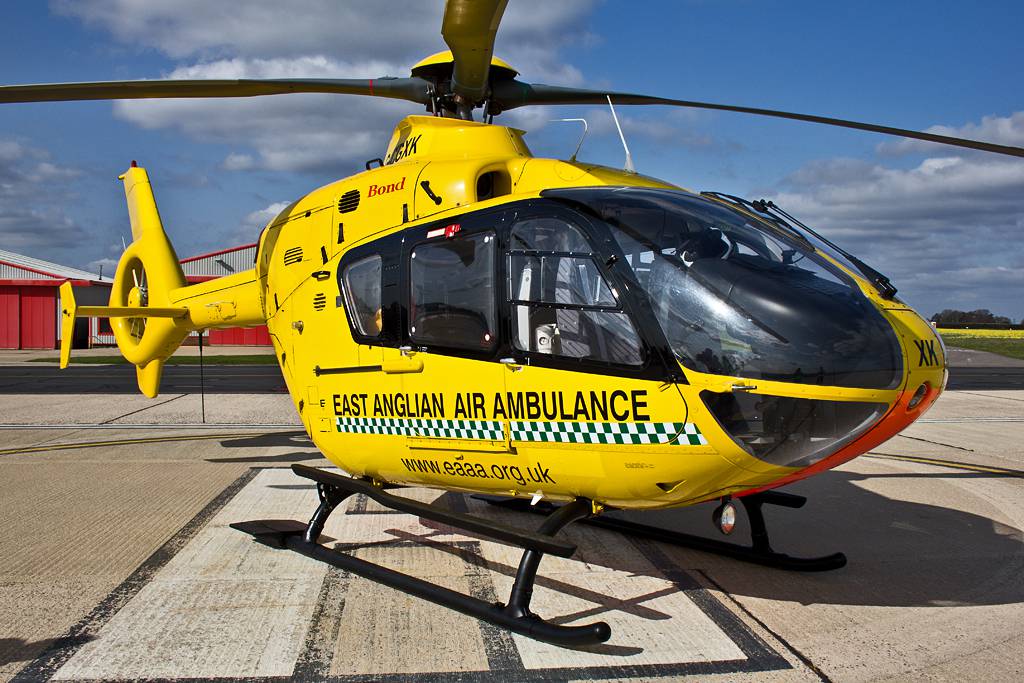